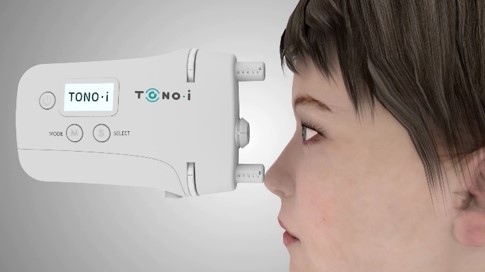 [Start-up] C&V Tech “Feel proud to develop ahead of advanced countries in the field of portable tonometer” 신윤오 기자, yoshin@elec4.co.kr

C&V Tech Inc. (CEO Kang Jin Hue) established for development of tonometer, has developed and launched a non-contact portable tonometer after 5 years of development period with its own technology. 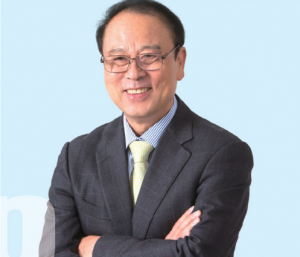 The eyes play the most important role in human’s life. Eyes are more used than other organs, therefore, in the past there were many diseases caused by aging, but these days, due to the high reliance on IT devices, the eyes are being overworked for a long time, so eye diseases are increasing rapidly even in the young generation.

In particular, glaucoma that leads to blindness, has no cure for it and intraocular pressure management is the only treatment. Domestic glaucoma patients, according to the data from the Health Insurance Review and Assessment Service, the number increased from 580,000 in 2012 to 870,000 in 2017, exceed 1 million in 2020. WHO also said that the number of glaucoma patients in the world exceeded 100 million as of 2019, and a sharp rise is continuing with an annual increasing rate of 8 to 9%.

Glaucoma is a dangerous disease in which the optic nerve is damaged due to an increase in intraocular pressure, which leads to a gradual loss of vision, resulting in blindness in severe cases. However, there is no special symptoms, most patients are neglected to be judged glaucoma. 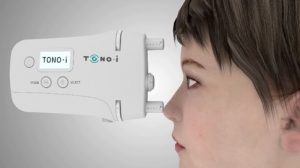 Nevertheless, not only glaucoma patients, but also patients with high intraocular pressure have to go to the hospital to measure intraocular pressure that requires frequent and routine management, such as diabetes or HBP, and that leads them to take a lot of risk in their daily lives. As of now, portable tonometer that is developed by foreign advanced countries’ technology, is a method of measuring through corneal contact, and the price also forms range of 2500~3000 USD.

CEO Kang Jin Hue who was in charge of the initial establishment of the Samsung Medical Center, interviewed with a renowned ophthalmologist in Korea. There were many opinions that, until now, there was no way for ophthalmologists to gather and check patients’ daily intraocular pressure data, which is very important for meticulous diagnosis and research, but spread of TONO∙i could solve the problem. As a result of interviewing with glaucoma patients in Korea, he said he felt a sense of responsibility and obligation as a developer for the fact that the interest and needs for the device that allows daily management of intraocular pressure was higher than expected. 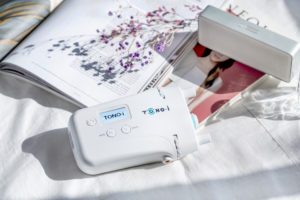 TONO∙i of C&V Tech, a tonometer specialized company, is a non-contact tonometer that is developed with its own four patented technologies (in parallel with PCT international patents) and it will be supplied to consumers at a reasonable price.

In addition, C&V Tech will complete an investment and sales network alliance contract with Daewoo Pharmaceutical, a domestic ophthalmic pharmaceutical company, and will be distributed to domestic hospitals and health care institutions nationwide. Moreover, in order to move step forward as a social enterprise, C&V Tech is planning to provide TONO∙i to poor countries through KOICA and MSF so that it can be used even in the harsh environment.

CEO Kang Jin Hue said, “We are proud that the development of a domestic startup in the field of portable tonometer was developed ahead of advanced medical device companies.” He added, “We look forward to your support for the future move to become a global leader in the field of comprehensive? tonometer through continuous development.